The houses included in the property include: The Big House, Calhoun, Little Pine Bluff, Remmelwood, and The Traincar. All of the homes at Couchwood are built of red cedar logs brought to Hot Springs from Oregon. Mr. Gordon LeCroy, a neighbor and local cabinet maker, also used the logs for much of the furniture at Couchwood. Located on the estate are several masonry structures created by Dionicio Rodriquez. Mr. Rodriquez was a Mexican artist whose works are listed on the National Register of Historic Places.

The Big House was completed in 1927, and is the main house of the property. This was Mr. Couch’s home “in the country.”

Calhoun was also completed in 1927, and was build close enough to the water for Mr. Couch and guests to fish from the porch.

Little Pine Bluff was completed in 1936, and is where Mr. Couch spent his final days.

Remmelwood was completed in 1941, and is named for his daughter Catherine and son-in-law Pratt Remmel.

The Traincar ‘Magnolia’ was Harvey Couch’s when he traveled in the early 1900’s, and has been restored to be a sleeping train car once again. 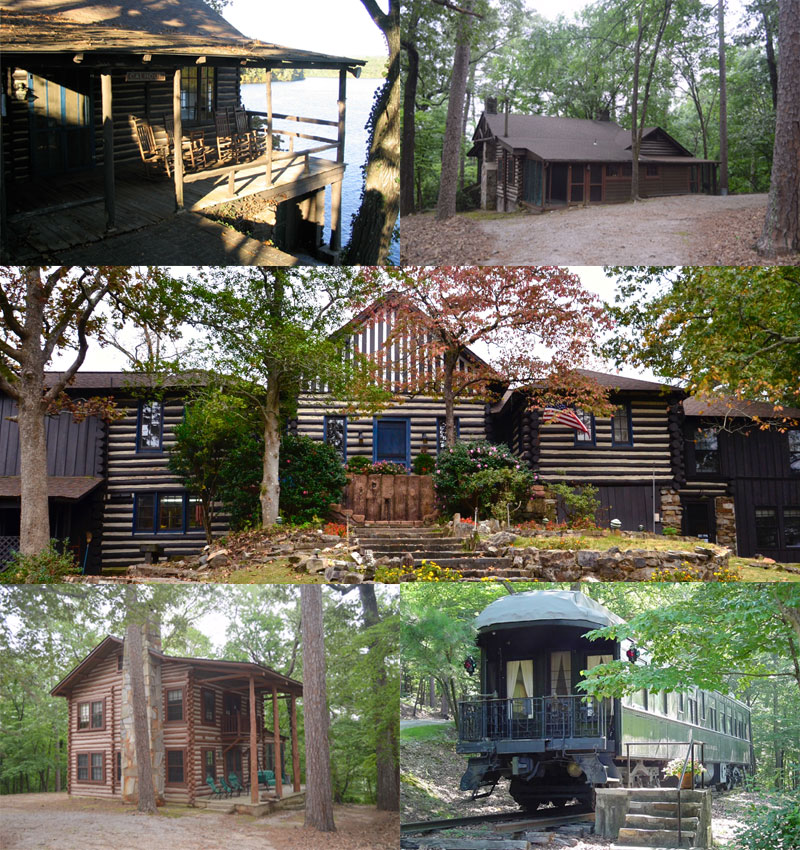 Built for fishermen, enjoyed by all.